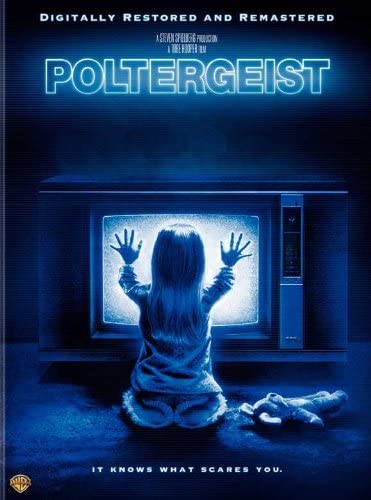 I liked this movie a lot. It had a real cursed feeling to it even though it didn’t have any kills or a villain in it. But the feeling was creepy. I really enjoyed the scene where the boy gets attacked by the tree and the little girl gets stuck in the tv. And when she’s saying someone’s walking up to her. The whole TV people thing was great and I think lot’s of tiny things didn’t need to happen in it AT ALL. like the remote controller that controls the neighbours tv. Or when the older sister gets mocked by these disgusting ignorant men. So she flipped them off. That didn’t need to happen. The woman who helps them get the girl back is a creepy squeaky person.  which I thought was the creepiest part of the WHOLE MOVIE (jokes). The ending scene is very scary where the mum is climbing the walls and the kids getting attacked by the toy clown. THIS MOVIE IS SO CURSED.

Next movie that I’ll review/recap is 1998 Bride Of Chucky.